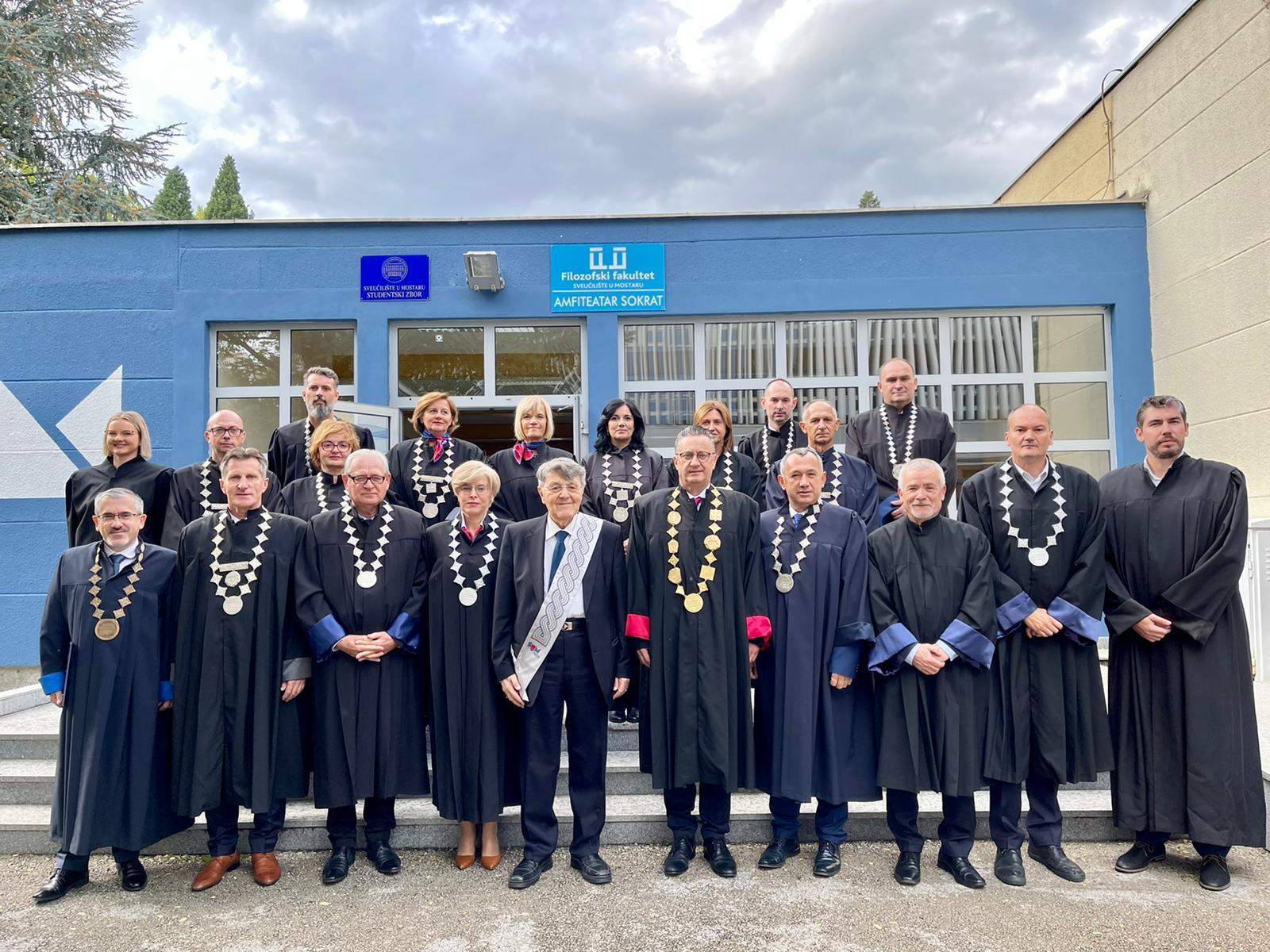 The Honorary Doctorate of SUM was conferred on Evandro Agazzi, one of the most influential logicians and philosophers of science, at the Faculty of Humanities and Social Sciences, University of Mostar. He was awarded the Honorary Doctorate due to his exceptional contribution to international reputation, his contribution to philosophy, especially the philosophy of science and his engagement in cooperation with the academic and scientific community in Croatia and Bosnia and Herzegovina.

The Committee for the evaluation of the proposal for the conferral of an honorary doctorate was composed of Prof Ivica Musić, PhD, Prof Jure Zovko, PhD, Prof Nedjeljka Balić-Nižić, PhD, Prof Ivo Čolak, PhD, and Prof Sanja Bijakšić, PhD.

Professor Agazzi has been intensively studying ethics and bioethics, as well as problems related to the application of science and technology to the "world of life". In addition to a brilliant academic career, Agazzi has enriched his biography with numerous influential functions in prestigious international philosophical associations and academies, which has resulted in numerous academic awards. For many years, he was President of the International Academy of Philosophy of Science, President of the International Federation of Philosophical Associations, and President of the World Academy of Philosophy. Today, he is the honorary president of all three reputable institutions. In his rich scientific career, he also held the position of Chief Treasurer of the International Council for Philosophy and Humanities at UNESCO. He was also a member of the Italian National Committee for Bioethics and is currently a member of the Italian National Committee for Ethics and Bioethics in Research. Agazzi has published 80 books and over a thousand scientific articles in scientific journals, books and philosophical anthologies. He was the editor of the philosophical journals Epistemologia, Erkenntnis, Revue Internationale de Philosophie, Zeitschrift für Allgemeine Wissenschaftstheorie, Medicina e Morale, Modern Logic, Physis, Kos, Sandhan, Anthopos & Iatria, A&P. Anthropology and Philosophy.

The Honorary Doctorate of SUM was conferred on Evandro Agazzi, one of the most influential logicians and philosophers of science, at the Faculty of Humanities and Socia...

SUM special meetings: Analysis of the situation and definition of goals for the new mandate

The special meetings of the University of Mostar on the activities of the new Senate began today with a joint, introductory meeting attended by the Rector, Vice-Rectors...

Announcement of a new international conference within the Neum conference cycle